Continuing on in the series, I move from Neck Deep to Waterparks! 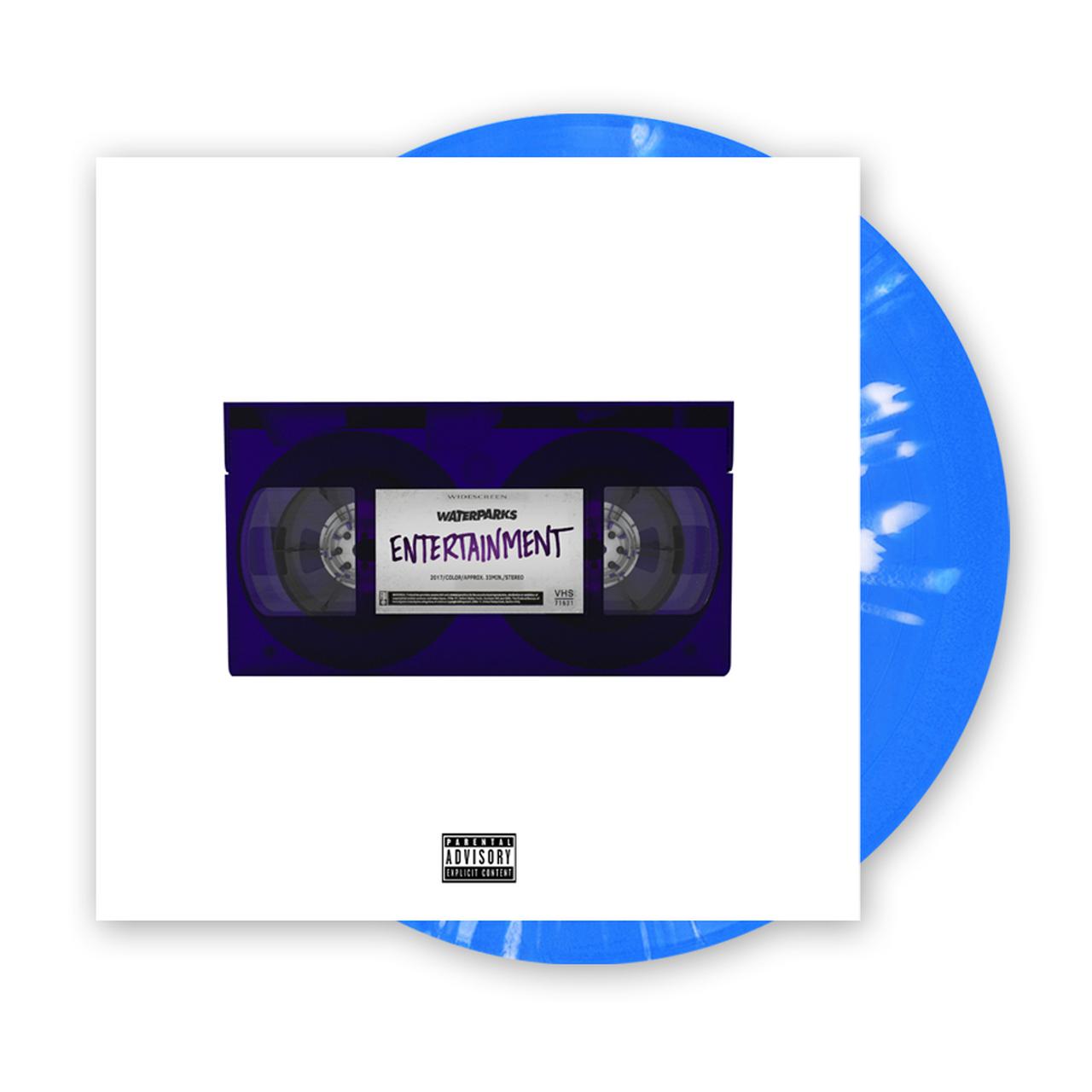 Waterparks are a farily recent band I’ve started listening to so I thought I’d analyse their new album cover for ‘Entertainment’ that came out a few months ago. It’s a pretty simple cover when you think about it, but it really works! What I love most about Waterparks is the fact that their lyrics are pretty deep and meaningful, but their songs sound so upbeat. It’s like an ironic happiness. I think this cover represents that through the idea of “entertainment” where feelings are almost manipulated into a show to please people when really they are destructive. All the blank space around it could be said to belittle the entertainment and the feelings through the small tape in the centre. The fact that it’s also a tape suggests that the feelings aren’t accessible to everyone – you need the right equipment or the right personality/friendship to hear it. It suggests emotions that aren’t necessarily new but old – feelings we’ve grown out of over time, like we’ve grown out of tapes, but ones that come back to hit us in the face when we least expect them. And the irony of this irony is that the album itself actually will be entertainment for all its listeners to hear. Maybe none of that was intentional, but I think it’s pretty cool.